“To establish peace across the world, it does not need guns, it needs love, faith, service and prayers. Through Sadbhavna Yatra, the young generation will get Shanti-Astra (weapon of peace)." 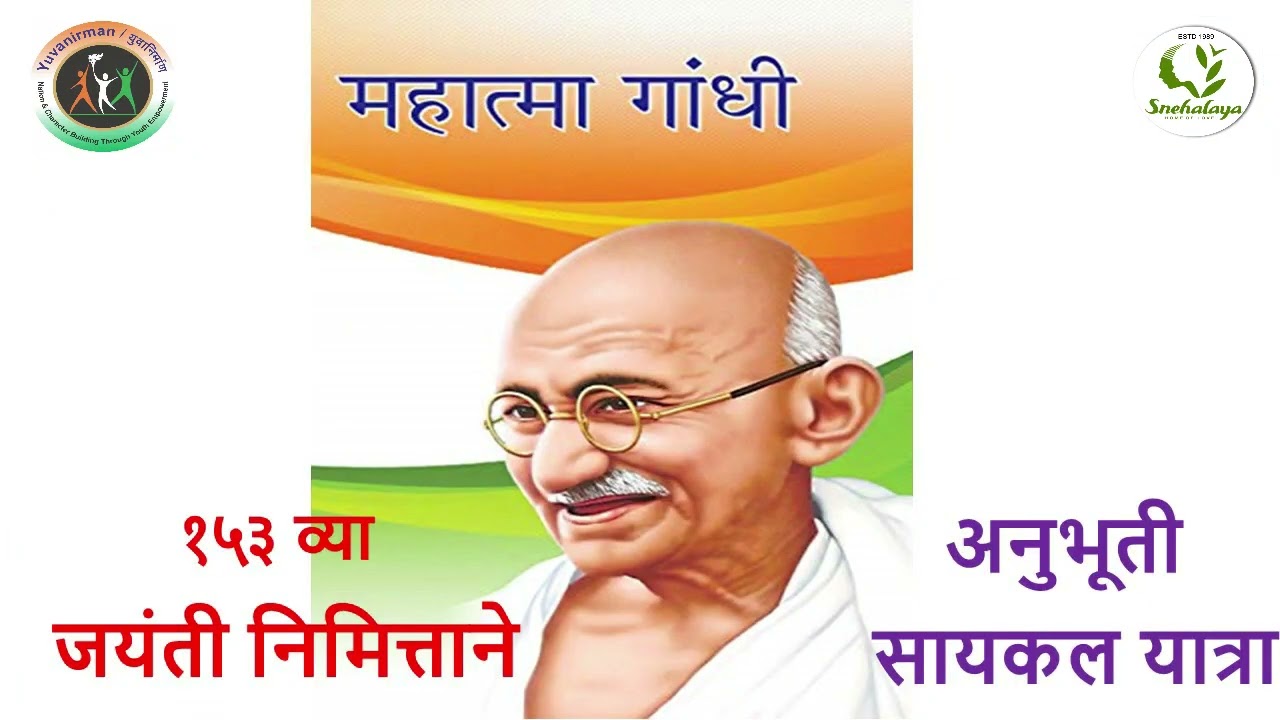 The Sadbhavana Bicycle Yatra (Goodwill Bicycle Rally) aimed to raise awareness about the contributions, thoughts and the ideas of nation-building both fathers of India and Bangladesh, Gandhi and Bangbandhu inspire, while also celebrating the 75th and 50th anniversaries of the Independence of the countries. The 2,070km bicycle ride started in Ahmednagar, Maharashtra and ended in Noakhali, Bangladesh on 26 November. Noakhali is where in 1946, Gandhi spent four months on his mission to restore peace and communal harmony.

Considering the growing social divisions and hatreds of present times, our youth cyclists followed in Gandhi’s footsteps, encouraging goodwill to bridge the hearts of people from all the regions and states they passed through and experiencing their different geographies, religions, traditions, languages, social customs and values. They also learnt about the great history, social progress and culture of Bangladesh while instilling values such as nationalism, democracy, secularism, non-violence, equality and humanity along the way. Messages from the freedom movements of India and Bangladesh were also shared with the younger generations in both countries. This was done through street plays, songs of social harmony, selected bhajans, distribution of literature and displays of cultural values

Snehalaya is committed to sharing best practice and our experiences of developing projects that empower women and children. Many of our former youth volunteers have been inspired and supported by us to create their own social initiatives. By talking with youths, students, rural women, farmers, slum dwellers, tribal communities including Dalit and nomads and other minorities, cyclists enjoyed a unique experience and gained real insights into the real, on-the-ground issues affecting people in tough circumstances. Our hope is they too will be inspired to be the change they wish to see.

Our Sadabhavana Bicycle Yatra started on the birthday of Mahatma Gandhi from the historical Ahmednagar Fort in Maharashtra. Cyclists stayed in temples, mosques, gurdwaras and a range of social institutions during their expedition, which provided a greater understanding of secular values.

​Traveling through Maharashtra, Chhattisgarh, Orissa, Jharkhand, Bengal, and after 4280km and 55 days, it ended at Mahatma Gandhi Ashram in Naukhali, Bangladesh. Over the course of their journey, they visited 100 villages and interacted with 500 social workers who have become changemakers, learning about their work and organisations. More than 100 individuals and students participated in the rally.